Menlo Park, CA:
March 20, 2012
Team Phoenicia announced today they were selected to provide the rocket engines to power Team JURBAN’s competition lunar lander for its landing on the surface of the Moon. Both teams are competing for the $30 million Google Lunar X PRIZE, the largest incentivized competition offered to date, challenging space professionals and engineers from across the globe to build and launch to the moon a privately funded spacecraft capable of completing a series of exploration and transmission tasks.
Both teams expressed mutual interest in collaborating after they met in the Google Lunar X PRIZE Team Summit last summer where they participated and discussed the rules of the competition as well as presented their progress and status of their bids to land onthe Moon. The first area of collaboration is the outfitting of JURBAN’s lander withTeam Phoenicia’s engines.
Team JURBAN’s lander will incorporate two Z150a rocket engines that will be fired to decelerate and land on the Moon. This is a crucial step inwinning the Google Lunar X PRIZE. “The safe landing of the rover for theGoogle Lunar X PRIZE is crucial and difficult. JURBAN’s selection of TeamPhoenicia’s engines both honors and delights us. We are going to the Moon! Not just once! Not just through our own efforts! But with another team as well!” stated Team Phoenicia's Team Leader, William Baird. "Having a rocket engine in hand has already created additional investors and sponsor interest, and has energized our team members who are anxiously waiting to see some fire,” stated Blaze Saunders. “With JURBAN being a computer science and electrical engineer strong team, the mutual data and hardware exchange partnership with Team Phoenicia will allow both teams to move much faster."
To date, there is only one minority group in the personal space flight industry that merits attention – the JURBAN team, directed by Dr. Jayfus T. Doswell and technically and artistically managed by Blaze Sanders and Morgan Glaze respectively. JURBAN or the *Juxtopia® Urban RoboticsBrilliant Application Network* team plans to win the $20 million X PRIZE Grand Prize by using our new shiny engines in a single 526 second burn to slow down the JURBAN airbag landing system from 3,580 mph to a gentle 60mph impact: a simple and low cost / sustainable system that will open up the Moon and Mars to scientists around the world.
“Team Phoenicia has always felt that the Google Lunar X PRIZE is not just about getting to the Moon, but fostering the NewSpace business ecology. Our partnership with Team JURBAN is another outstanding example of the links in that ecology growing under the auspices of the Google Lunar X PRIZE,” said Team Leader William Baird. The Z150a Rocket engine is primarily a RP-1/LOX engine with 150 lbs-f thrust. The Z150a differs from the previous Z150 engines with the addition of an integral ignitor. The Z150, Z150a and Z550 along with as yet unrevealed engines are designed and built by Team Phoenicia at its Menlo Park facility. The Z-series engines can be used with other hydrocarbon fuels besides RP-1 and have been.
The JURBAN Team is from Baltimore, Maryland and comprised of African American high school and college students from Historically Black Colleges and Universities (HBCU) and Minority Serving Institutions (MSI) as well as professional engineers in management positions.
Team Phoenicia is a Google Lunar X PRIZE participant and is looking to land its rover on the Moon in 2014. Team Phoenicia has been pursuing the Google Lunar X PRIZE since November 2007 and is based in Menlo Park, CA.
ABOUT THE GOOGLE LUNAR X PRIZE
Generously funded by Google, the $30 million Google Lunar X PRIZE is an unprecedented competition to challenge and inspire engineers and entrepreneurs from around the world to develop low-cost methods of robotic space exploration. To win the Google Lunar X PRIZE, a privately-funded team must successfully place a robot on the Moon’s surface that explores at least 500 meters (1/3 of a mile) and transmits high definition video and images back to Earth. The first team to do so will claim a $20 million Grand Prize, while the second team will earn a $5 million Prize. Teams are also eligible to win a $1 million award for stimulating diversity in the field of space exploration and as much as $4 million in bonus prizes for accomplishing additional technical tasks such as moving ten times as far, surviving the frigid lunar night, or visiting the site of a previous lunar mission. To date, more than 20 teams from a dozen countries around the world have registered to compete for the prize. The Google Lunar X PRIZE is available to be claimed until the end of the year 2015. For more information, visit www.googlelunarxprize.org 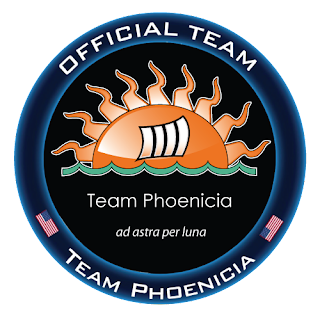 Posted by Team Phoenicia at 2:16 AM