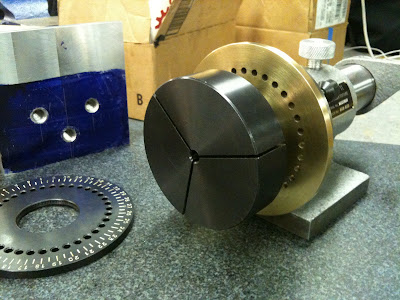 Posted by Team Phoenicia at 5:34 AM No comments: 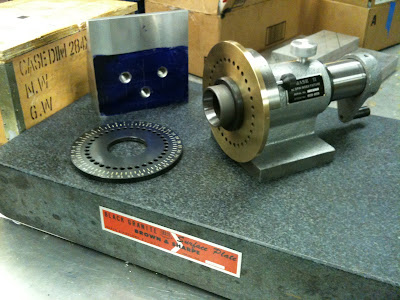 Posted by Team Phoenicia at 5:32 AM No comments:

Posted by Team Phoenicia at 5:30 AM No comments:

Sometimes you need to make the tools to make the rocket.
Posted by Team Phoenicia at 5:26 AM No comments:

Team Phoenicia has been working on composites for over a year now. We have already produced one very strong, new composite, Cryocarb(tm) that is both cryogenic and corrosive compatible. We are now working on other composites as well for other aspects than tanks that we could use for our GLXP mission and spinout in turn.
Hexcel has stepped up to help us by becoming a sponsor of Team Phoenicia's GLXP efforts. We will be using their new and extremely strong fiber for working on greatly improving our strength of both Cryocarb(tm) and our new structural and other composites.
We are extremely excited to have Hexcel join our backers in our quest to land at the lunar south pole and capture the GLXP first place. We look forward to working with them throughout the challenge.
Posted by Team Phoenicia at 5:42 AM No comments:

Posted by Team Phoenicia at 1:23 PM No comments:

We have had some challenges with prepping the video from the Nanosat Launcher Challenge Seminar. Since we are so far behind in our promised posting of the NLC Seminar videos, we thought we would try uploading the raw footage and then put the polished product as we are finally able.
Posted by Team Phoenicia at 9:53 AM No comments:

How are you going to fund your GLXP entry: Developing New Intellectual Property

This is a continuation of our discussion on how we are going to pay for our GLXP entry. Previously, we talked about the nanosat launcher challenge contracting we are doing and sponsorship we are raising. We were hoping to set something that would be useful to our readers and potentially other teams. as we have said, we have no desire to give away all our secrets. However, we do like the idea of there being a real race rather than an anointing of the One True Team. If we can help in a small part to make that happen, we will have done our part.

This post will be covering another topic as to how teams ought to go about getting funded. This is one where the team leader is incredibly passionate about because of experiences while pursuing the GLXP. Sponsorships and doing contract work for others are two ways to raise money, but there is a third that Team Phoenicia is tapping into. That third way is the venture capital community, but they are very risk averse and if anything the GLXP would be a very big risk. So how do you tap into the VC community and still chase moon dreams? That is exactly what we will discuss here.

A Walk About the Valley

Silicon Valley buzzes with more venture capital groups than most places on the planet. Money exchanges hands and contracts are made almost as fast as the seconds tick by. It is not to say that the the money is thrown at people like in the past during the DotCom days, on the contrary, but there are companies being started and funded through a very robust system. First comes angel investors with their cheques up to $100,000 and then the venture capitalists with their funding rounds that can be in the tens of millions or even in a few cases, more. This system works very well for the software, computer, cleantech, and biomedical/biotech arenas. With the fact that SpaceX tapped into the VC community, the thought was that perhaps there might be some interest for Team Phoenicia, albeit on a far, far lower level.

Team Phoenicia has something of a philosophy of learn by doing. In the summer of 2009, Team Phoenicia set out to find out what would be involved in getting some of our funding through the VC network. The team presented to individual VC firms and attended VC gatherings during a six month period. We did not expect to raise money, although it would have been wonderful had it happened. This was meant to be an information gathering mechanism. The results were interesting and enlightening.

"Just What Everybody Needs In Their Backyard"

What we found was that there is, indeed, some curiosity about aerospace or NewSpace in the VC community. With SpaceX being run by one of the more successful entrepreneurs and according to rumor already profitable, the VCs are wondering if there might be some money there for them to make. In that context, Team Phoenicia went out and about. The responses were interesting.

In some cases, the responses were quite polite and curious about what we were doing. They would ask questions and show a great deal of enthusiasm. That enthusiasm though was a 'fanboy' enthusiasm. They were excited that someone was pursuing such a huge undertaking and helping reestablish a human presence, even an unabashedly American presence, on the surface of the Moon. However, they were not interested in sinking their money into the project. Because that was exactly what they feared: their money would sink and never rise again. Aerospace has a reputation for bad cost projection and they were dubious at that point whether or not we would be able to make money.

On the other hand, there was a very different reaction from some VC groups. The single most shocking was when an individual sat mulling over the presentation that had been just given and stated that rockets were just what everyone needs in their backyard. It was somewhat bluntly delivered: that individual really felt like we had wasted the VC group's time, but the message was a good one all the same. What really was the market for all of what we were doing? How in the world would most VCs expect to make money off what landing a robot on the Moon?

After a couple more responses that were similar, if a bit less blunt, Team Phoenicia thought it had better incorporate those inputs and then think about returning to the VC community. As an informational gathering exercise, it was well worth it.

The meme taken back from meeting with the VCs was that the GLXP was not something they wanted to invest in. If we wanted to get their money for our goal, then we'd have to find an alternate method. They gave us an incredible amount of feedback that has turned out to be useful. They wanted to emphasize that we needed to think and speak in their terms if we wanted their money. That can be a challenge for techies, but as with everything its surmountable.

The information they gave us was invaluable though.

The first was that we were not thinking as a venture capitalist thinks. We might be truly interesting to them, but based on what we presented, they didn't see something worth buying into. Why? First was that the information was geared towards the GLXP goal and ancillary making money. They saw the goal and remembered the costs of Apollo. They didn't equate to the second given the first.

The second part was something we learned: they seek a 10x return on investment. Could we show that building and landing probes on the moon was going to make back for them in profit ten times as much as they put in. The prize was not going to cover that. The contracts that we have seen so far does not cover it either. So how is that money going to materialize?

They also pointed out that the first to market so long as they don't screw up tends to capture an 80% share and the late comes squabble over the remaining 20%. Could we out race our competitors to get there first? How were we going to do that?

Finally, what makes us unique? Was it our business model? Was it our technology? Why should they back Team Phoenicia vs one of our competitors?

That was a lot to internalize. There were more than a few cries of 'but they dont get it.' No, actually, as painful as it was, it was we that didn't get it. We did figure it out though.

It took some time to figure out a way that would entice the VCs into investing into Team Phoenicia's efforts. The publicly sharable method is something that space fans have been talking about for a long time: spinouts. There are some serious and horrible myths about what was developed by the space program and specifically the push to the moon back under Apollo. If we were going to actually develop some intellectual property that the VCs wanted to invest in, we were going to have to keep in mind that whatever we developed needed to be applicable beyond the GLXP.

In intellectual property, there are two types that apply here. One is how you do something. This can be a new process or even a new business model. The second type of intellectual property, as far as we can be concerned, can be a tangible form of technology, a product rather than a method. We rescoped the how, but its one of our secrets, so no sharing, sorry. The other one that we actually can talk about is the actual technical spinouts.

We have several technical spinouts that have the VC community very interested. The first that we have talked about is our very strong and versatile composite. This is something that they can get their teeth into and able to work with. A carbon composite that can handle a very wide range of temperatures, is very strong, and can be used with corrosive substances - tested against LOX and HTP - has their interest. The market is huge. There's nothing out there that's comparable and its completely new. They are excited. So are we. It'll bring funding in and it will be something they can make a significant profit off of. In short, its serious intellectual property.

The exciting aspect is that the new composite is not the only one we are spinning out.

Intellectual property, new and well defined, is what the venture capitalists can sink their teeth into. It meets their needs for something that will make them lots of money. It also meets our needs that we need cash to get to the moon. The exact business details we're keeping close to our chest as yet.

However, other teams need to approach the GLXP with the same idea in mind. If your team wants to tap into the great funding engine of VCs and whatnot, then the team needs to have solid, developed intellectual property that the VCs can invest in. It cannot be an improved mousetrap though. It needs to fill an unmet need. It needs to have a very high return: shockingly, the VCs are very conservative about their money. Even then, 90% of what they invest in fails.

Once the teams have developed something that the VCs want - and applies to their GLXP goal - money will come.

But not until then.

Posted by Team Phoenicia at 11:02 AM No comments:

How are you going to fund your GLXP entry: NASCAR Rocketry